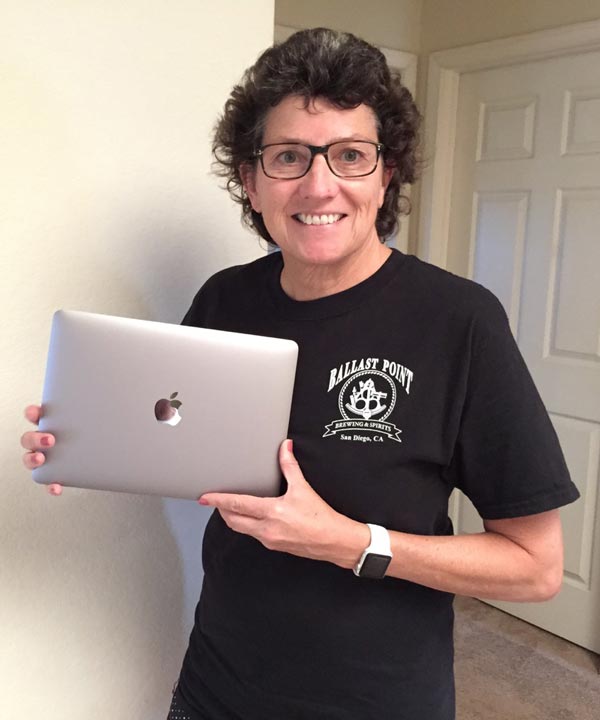 First up: Allison Sheridan, creator of the NosillaCast podcast is an engineer and a geek. She loves freeware, shareware, open source tools – anything she can throw on her Mac is fair game.

At Macstock 2015, Allison will be giving an in-depth demo of the awesome new application, Audio Hijack 3 from Rogue Amoeba.

I started on a Mac in 1984 and never owned a PC until I built one for my son a few years back. I was forced to use a PC at work for about 5 years and I never got to the point where I could say I ever enjoyed any of my time with it.  Everything felt like a chore and just too darn hard.  Even though some people choose Windows, I can’t imagine choosing it myself.

If you’ve ever wanted to experience the Mac community you hear so much about, Macstock and the Midwest Mac BBQ will show you the essence of it.  It’s a community-built project to teach, to learn, and I’m betting to laugh together.

That’s way too hard of a question! I sponsor Clarify from Clarify-it.com, but it probably is my favorite application.  If I had to choose a non-conflict of interest app, the most fun and amazing app I’ve played with in the last year would be Audio Hijack from Rogue Amoeba.

Another tough question – I’d like to think of myself as svelte and light hearted, which would make me a 12” Macbook!

Tell us something about yourself that is NOT Apple related

I love to wax cars!  I have waxed many strangers cars in the past, and I even waxed my Starbucks Barrista’s car once.  I love it so much I have a flickr set dedicated to “Cars I have Waxed”:  https://www.flickr.com/photos/nosillacast/sets/72157608155759946

(My Jeep will be waiting in the parking lot at Macstock Allison … wax away! -Mike)