Podcast Evolution on The Road to Macstock

The Road to Macstock takes us to Allison Sheridan of the Nosillacast, who will be discussing how creating her podcast(s) affected and changed her life. In a thoughtful discussion about how the podcast has taken her places and made friends she would never have suspected, Allison also previews how the changes in technology drove some of those surprise results.

Thanks to Allison Sheridan of the Podfeet Podcasts for having me on Chit Chat Across the Pond to talk about all the cool new things heading your way at Macstock 2018! 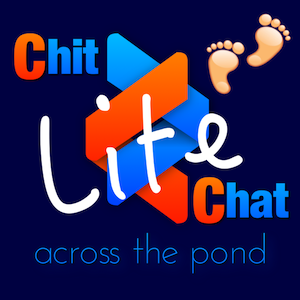 I asked Mike Potter to join us on Chit Chat Across the Pond this week with the express purpose of trying to convince you to come to Macstock Conference and Expo on July 20th and 21st. Do not listen to this episode if you don’t want to be talked into it because I guarantee you’ll want to after hearing Mike and me talk about how interesting and fun and inclusive and geeky it is.

Macstock Expo is a fantastic opportunity to watch tech talks by great speakers, and to hang out with regular people who love the same technologies you do. If you think you’re too young, Ian’s son came last year and I think he’s around 12 years old. If you think you live too far away from Chicago where the conference is held, Martijn comes in all the way from the Netherlands!

Chuck Joiner once again treats us to a behind the scenes look at Macstock, it’s presenters, and sponsors in his special MacVoices video series, The Road to Macstock! In this fourth installment of The Road to Macstock 2017 Chuck talks Wunderlist with NosillaCast’s Allison Sheridan!

Allison Sheridan talks about her presentation on Wunderlist on The Road to Macstock. There are lots of to-do utilities out there; Allison talks about the characteristics of those programs, the different types of uses for them, and why it can make a huge difference in your productivity to select the right one. She explains the key features of Wunderlist that make it essential, and why it isn’t the only solution she uses. How she will demonstrate it to the Macstock audience, how the prefers to migrate between Macs and more are all covered in the discussion.

Allison Sheridan: Photos on the Mac – It’s Time to Switch!

Allison switched from Aperture to Apple Photos as soon as it came out. If you’ve hesitated moving to Photos, Allison’s talk at Macstock Conference 2016 will show you the hidden features you may not know about. Then she’ll demo some terrific Photos extensions, like Creative Kit 2016 from Macphun and Affinity Photo. These extensions give Photos capabilities well beyond anything we had before with iPhoto and Aperture.

Chuck Joiner hosts two Macstock 2016 speakers in this new installment of The Road to Macstock on MacVoices!

The Road to Macstock ran through a hallway in the Wynn Hotel in Las Vegas, where Don McAllister of ScreenCastsOnline and Allison Sheridan of the Nosillacast talked about their presentations, the event, and why Allison was wearing a furry tiara.