Game Show Fun on The Road to Macstock

The Road to Macstock continues with a visit with Guy Serle, who talks about the MyMac Game Show that has become a regular part of Macstock. Guy talks about how it works, who wins (spoiler: everyone), and why it is always so much fun. He also puts his spin on why Macstock is both important and enjoyable from a community perspective, and some of his favorite parts of the event.

With “Dr. Mac” kicking off the weekend this year and the newly released documentary, Love Notes to Newton wrapping things up on Sunday, this year is already shaping up to be the best Macstock yet! But it certainly wouldn’t be Macstock without an amazing lineup of speakers, and this year is no exception!

Welcoming faces both familiar and new to Macstock attendees, Macstock 2018 is proud to announce a stellar group of folks who bring with them to the stage a rich knowledge of Apple’s hardware and software that will help you get the most from your Apple devices and apps!

This year’s roster of speakers includes:

With talks ranging from creating productive workflows with your Apple hardware, to discovering cool new apps you should be using, to productivity gaining tools like tagging and markup, you’re sure to walk away from Macstock 2018 having learned something new and exciting to try when you get home!

And we can’t forget the MyMac Quiz with Tim Robertson and Guy Serle!

A favorite of Macstock 2017 and returning in 2018, the banter between Tim, Guy, and the audience is key, making the MyMac Game Show a fun, interactive quiz in which the audience at Macstock has many opportunities to get sponsored prizes while laughing along with Tim and Guy and their fellow attendees!

And there’s only ONE place you can find two days of great talks, a special screening of Love Notes to Newton, plus that fantastic community spirit that makes being an Apple user so special, and that’s at Macstock 2018!

See you in July!

Talking Raspberry Pi with David Cohen on The Road to Macstock

Chuck Joiner once again treats us to a behind the scenes look at Macstock, it’s presenters, and sponsors in his special MacVoices video series, The Road to Macstock! In this installment of The Road to Macstock 2017 Chuck chats with David Cohen about a tiny computer revolution that’s been sweeping the educational and Maker communities by storm.

This Road to Macstock goes across the pond to chat with David Cohen of TechFan, who will be discussing the benefits and capabilities of the Raspberry Pi, the small, super-affordable computer. David explains the features of the computer that is perfect for those who want to do a little hardware hacking, want to learn to code, or just want a to experiment. If you think it isn’t for you, wait until David tells you all the things you could do with it, for very little money.

Back on the Road to Macstock, Tim Robertson of TechFan talks about the game show session he and Guy Serle will be running as part of this year’s event. This won’t be the first appearance of the MyMac Game Show, but it will have some changes from its first appearance at Macworld Conference and Expo. Get all the details and find out how you can play and win when you attend. 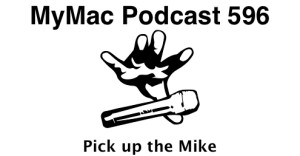 Huge thanks to Guy & Gaz for letting me join in on the fun and talk Macstock 2016 this week! Next time I’ll come better prepared with a Pick!

Soooo, yeah more Skype issues with Gaz (does his voice sound naturally deep to you too?) but the GMen don’t let it get in the way (much) with their interview with Mike Potter! Mike is not only the host of the For Mac Eyes Only podcast, but he’s also the creator of the Macstock Conference and Expo which will be taking place for round 2 on July 16th and 17th this year in Woodstock, Illinois. Guy WILL be there, Gaz MAY be there, will you?