Macstock 2019 Speakers: Round One!

It’s been a few weeks since the last Macstock 2019 update announcing the Early Bird Sale, but I’ve been busy making my way through all the amazing talks submitted this year — the most I’ve received yet! And I wanted to start things off by saying to everyone who sent in a speaking proposal this year: Thank You! Without the support of folks like you, Macstock simply wouldn’t be possible.

With the final selections made, this year’s Macstock will host 10 Featured Speakers and 5 Special Presentation speakers who will be bringing you over 13+ hours of content during the course of Macstock 2019’s 2-Day weekend taking place July 27 & 28! In the next few posts, I’m going to introduce you to everyone presenting at Macstock and, after you’ve had a chance to meet them, I’ll go ahead and post the final schedule so you can see the day and time they’ll be on Macstock’s stage as well as information about their talks.

Once you’ve had your whistle whetted, don’t forget Chuck Joiner’s annual Road to Macstock series on MacVoices! Every year Chuck sits down with Macstock’s presenters and dives a little deeper into what makes them tick as well as a quick sneak peek at their talks. I’ll be posting those videos here, but If you don’t already subscribe to Chuck’s show, be sure to do so at: http://www.macvoices.com/

Macstock has a great mix of new and returning presenters to introduce you to this year. Here’s the first round of speakers you’ll meet around the halls July 27 & 28 at Macstock 2019: 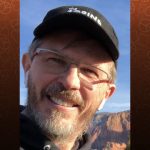 A first time presenter at Macstock, Rick is a self-described geek who has used Macs and iOS devices for many years. His background in software design has given him a passion for all things tech. After retiring at the end of 2017, he now spends his free time with his wife, Teresa, photographing nature. This past year he turned more of his attention to creating, editing and sharing videos as an additional means of sharing his love of nature. 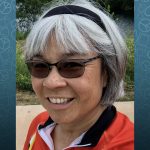 Presenting for her third time at Macstock, Kirschen brings with her a background in Software Engineering, Human Computer Interaction, and macOS / iOS development and over the course of her 30 year career, she has been awarded 22 US patents for her contributions to engineering. In her remaining spare time, she works on her blog and develops macOS and iOS apps. Kirschen says: “I’m really motivated to share my experience to help fellow software practitioners develop better skills – be that in good design, implementation, or computer science fundamentals. As much as I can, I try to share the delight in discovering how iOS and macOS applications for productivity and creativity have helped me do better in my personal life and professional career.” 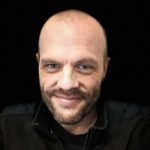 Always hitting the Macstock stage with informative, entertaining, talks, Brett is an independent developer, designer, writer, and podcaster hailing from Minnesota. Among other things, Brett develops Marked 2 for Mac and co-authored 60 Mac Tips Volumes 1 and 2 with David Sparks. He talks with amazing guests on Systematic, and has a blast with Christina Warren on Overtired, both on ESN.fm. You can find Brett at his website, brettterpstra.com, as well as “@ttscoff” on Twitter, Facebook, Instagram, GitHub, and just about everywhere else. He’s very consistent.

Check back next time for another round of speaker announcements AND don’t forget Macstock 2019 Early Bird Tickets are now on sale for $70 OFF your 2-Day Weekend Pass! But our Early Bird sale only lasts so long, so if you’re planning to join us July 27 & 28, be sure to get your tickets and book your room today!