Back on the Road to Macstock, Tim Robertson of TechFan talks about the game show session he and Guy Serle will be running as part of this year’s event. This won’t be the first appearance of the MyMac Game Show, but it will have some changes from its first appearance at Macworld Conference and Expo. Get all the details and find out how you can play and win when you attend.

Chuck Joiner sits down with THREE Macstock Speakers in this new episode of MacVoices on The Road to Macstock!

Our next stop on The Road to Macstock features three different presenters covering very different topics. Dr. Robert Carter of The Tech Doctor Blog and Podcast will discuss Mac accessibility, Guy Serle of the MyMac Podcast will be showing tools and techniques to create podcasts from his iPad, and Tim Robertson of The Techfan Podcast will serve as ringmaster for the on-stage speaker roundtable discussions. The group cover their individual presentations, comment on Apple upgradability, and share if and how they use their iPads. 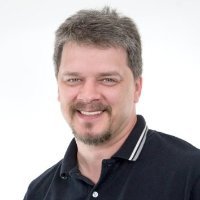 Today we’re meeting Tim Robertson, the founder of MyMac.com, the Stoplight Network, and TechFan. He is an early pioneer in electronic and online publishing, and was one of the first podcasters in the world.

More intuitive than Windows. Less hassle, and more “get work done” with the Mac.

Be a part of something new, something fun, and something different! It’s a chance to meet like-minded Mac users, make new friends, and meet some of your favorite Podcasters in person.

END_OF_DOCUMENT_TOKEN_TO_BE_REPLACED 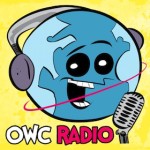 Thanks to Tim Robertson for having me on!

A full show this episode as OWC Radio host Tim Robertson has two guest. First up is Mike Potter to talk about the upcoming Macstock Conference and Expo happening on June 20th, 2015. OWC is a sponsor of Macstock, and will recording an OWC Radio from the show! On the second half of this episode we talk to James Gregson about Gregson Studios, his family history in business, and of course the dreaded Three Random Questions!