I have a couple important scheduling changes you may want to be aware of if you’re attending Macstock 2018 in person this year: 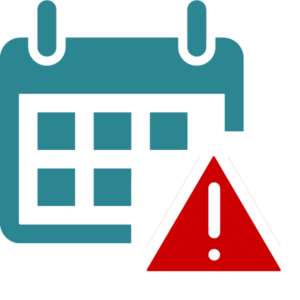 First up, we have a topic change for Sunday’s schedule from presenter, Allison Sheridan. But the new topic she’s bringing to the schedule is a great one: Mind Map Your Way to Productivity. In this pair of talks, Allison will walk you through the basic concepts of Mind Maps and share examples of some of her mind maps to help trigger ideas for how you can use them to help you be more productive. She’ll continue exploring Mind Maps by going hands-on with with her favorite mind mapping application in her afternoon Deeper Dive!

The other major scheduling change is extending Sunday’s schedule by 1/2 hour! Macstock 2018 will now officially end at 6:30p on Sunday the 22nd.

Try as we might, we just couldn’t contain the awesomeness of this year’s presentations and McHenry County College graciously allowed all of us to stay an extra 30 minutes Sunday night so we can wrap things up properly.

I do realize some of you may be counting on the conference ending at six for your travel plans, so please rest assured that I am doing as much as possible to shift things around so that you’ll miss very little of our program’s highlights if you absolutely must leave before we draw to a close this year. One change will be to shift the Newton documentary start time a bit and push the movie’s Q&A with director, Noah Leon, to the 6:10-6:30 time slot. If you can stay, you definitely won’t want to miss the Q&A, but if you have to leave, at least you can catch the flick!

Can’t Make it to Macstock in Person? Try a Digital Pass!

From the fantastic talks, to discovering new tips and tricks while chatting around the lunch table, to meeting up with great friends old and new, there’s nothing like being at Macstock in person! And we still have plenty of tickets available if you’d like to join us for the biggest and best Macstock yet — including the Theatrical World Premiere of the new documentary, Love Notes to Newton! 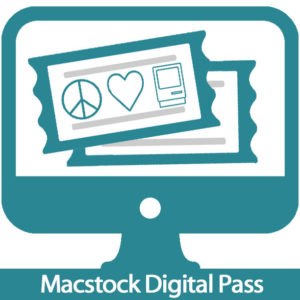 But I’ve heard from a few of you that while you REALLY wish you could make it to Macstock in person, it’s just not going to work to attend this year for personal, professional, or other reasons. So, I put on my thinking cap and after a couple weeks of planning, came up with a brand new ticket — just for YOU!

This new ticket is called the “Macstock Digital Pass” and with it, you’ll gain access to video recordings of the keynote, all morning sessions, and all main stage Deeper Dive sessions just a few short weeks after Macstock ends! (plus maybe some exclusive bonuses we sprinkle in here and there) And you can watch it all from the comfort of your…well, wherever your Mac or iPad takes you!

Like I said, it’s not quite the same as being there (and being at Macstock is pretty awesome), but it’s the next best thing to seeing all of this year’s wonderful speakers in person! If you’d like to learn more about Macstock 2018’s Digital Pass, check it out here!

With “Dr. Mac” kicking off the weekend this year and the newly released documentary, Love Notes to Newton wrapping things up on Sunday, this year is already shaping up to be the best Macstock yet! But it certainly wouldn’t be Macstock without an amazing lineup of speakers, and this year is no exception!

Welcoming faces both familiar and new to Macstock attendees, Macstock 2018 is proud to announce a stellar group of folks who bring with them to the stage a rich knowledge of Apple’s hardware and software that will help you get the most from your Apple devices and apps!

This year’s roster of speakers includes:

With talks ranging from creating productive workflows with your Apple hardware, to discovering cool new apps you should be using, to productivity gaining tools like tagging and markup, you’re sure to walk away from Macstock 2018 having learned something new and exciting to try when you get home!

And we can’t forget the MyMac Quiz with Tim Robertson and Guy Serle!

A favorite of Macstock 2017 and returning in 2018, the banter between Tim, Guy, and the audience is key, making the MyMac Game Show a fun, interactive quiz in which the audience at Macstock has many opportunities to get sponsored prizes while laughing along with Tim and Guy and their fellow attendees!

And there’s only ONE place you can find two days of great talks, a special screening of Love Notes to Newton, plus that fantastic community spirit that makes being an Apple user so special, and that’s at Macstock 2018!

See you in July!

Great to be on the MyMac.com Podcast with Guy and Gaz to talk Macstock 2018 and give a sneak peek of everything heading your way at Macstock and Barry’s Midwest Mac Mingle 2018!

Getting excited about Macstock 2018? The GMen are and they dragged…INVITED Mike Potter and Barry Fulk who just happen to be the driving force behind Macstock on to the podcast to talk about what’s going on this year. They also consented (not forced!) to being on video, so you can actually WATCH too!